This Warhammer belongs to Colonel John Marik-Johns. Though this machine is technically an 8D, the SRM 6 was swapped out for an alternate SRM 6 rack, and a searchlight array was added.

The unit insignia shows a torch radiating rays of light in the darkness, and appears on the left shoulders of Disinherited â€˜Mechs, the left sides of their vehicles and on the left wings of their fighters. Individual regimental insignias are worn on the opposite side. The insignia for the First Disinherited is a stylized insect wielding a rifle. The insignia of the Second Regiment is a booted foot standing on a fallen gravestone. The Thirdâ€™s insignia shows the outline of a â€˜Mech walking through a hellish blaze. Per FM:Mercenaries Revised, pages 61-64. 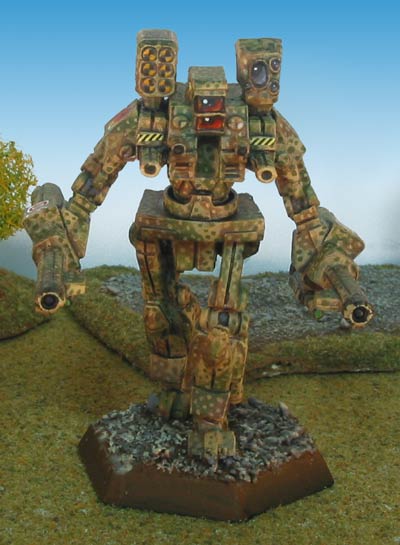 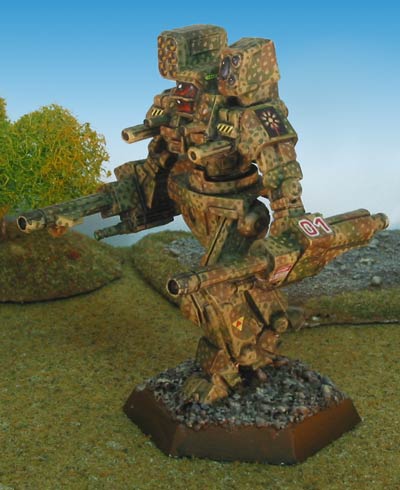 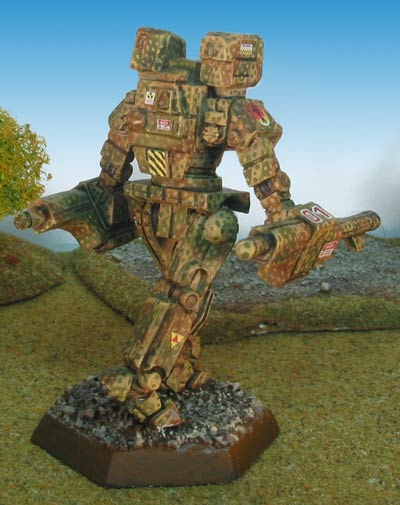