This model has been re-posed by cutting the Right leg away from the base to allow a running position. Artist Notes: This miniature represents the Nation of Hastur from the Pentagon world of Arcadia during Operation Klondike, that opposed the return of the Clans. The colors of the Nation of Hastur are yellow ochre and black, the latter usually being added as wavy lines. Many warriors place their interpretation of the Yellow Sign in a prominent place on their machines. The Yellow Sign consists of an irregular three-armed cross, with no two exactly alike. Watch for a tutorial on how to paint this scheme in the Operation Klondike How-to series. 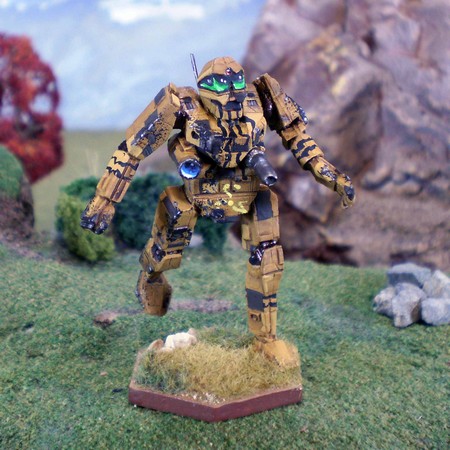 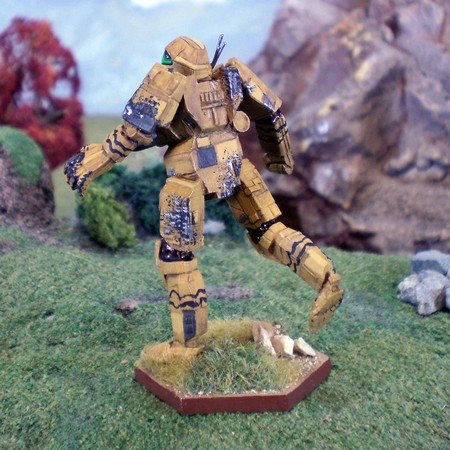 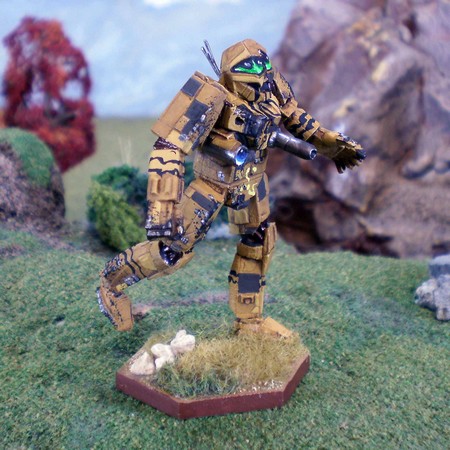